The rise in presence of pharmaceuticals in wastewater effluent has had behavioural effects on fish, which this study aimed to investigate.⁴ The pharmaceutical studied was venlafaxine (VEN), a commonly prescribed antidepressant.⁴ Previous studies have shown that venlafaxine contributes to oxidative stress.³ Notably, oxidative stress has been linked to neurodegeneration and plays a role in the pathogenesis of neurodegenerative diseases, such as Alzheimer’s, and Parkinson’s in humans.¹

This study applied a novel approach through in vitro methods to directly expose zebrafish brains to varying VEN concentrations (0.01, 0.1, and 1 μg/L) and quantify oxidative stress. Zebrafish brains were used due to their neuroanatomical similarity to humans.¹⁴ Results demonstrated decreases in cell viability, and increases in antioxidant enzyme activity (catalase and superoxide dismutase) with rising concentrations of VEN.

These findings demonstrate increases in oxidative stress, which was indirectly measured by antioxidant enzyme activity, as well as the effects of VEN on cell viability and protein amounts in the brain cells. These results indicate a possible link between venlafaxine exposure and increased risk of neurodegeneration in humans. Further investigation should be done to examine the association between venlafaxine concentrations in water and increased incidence of neurodegenerative disease in mammalian brains. 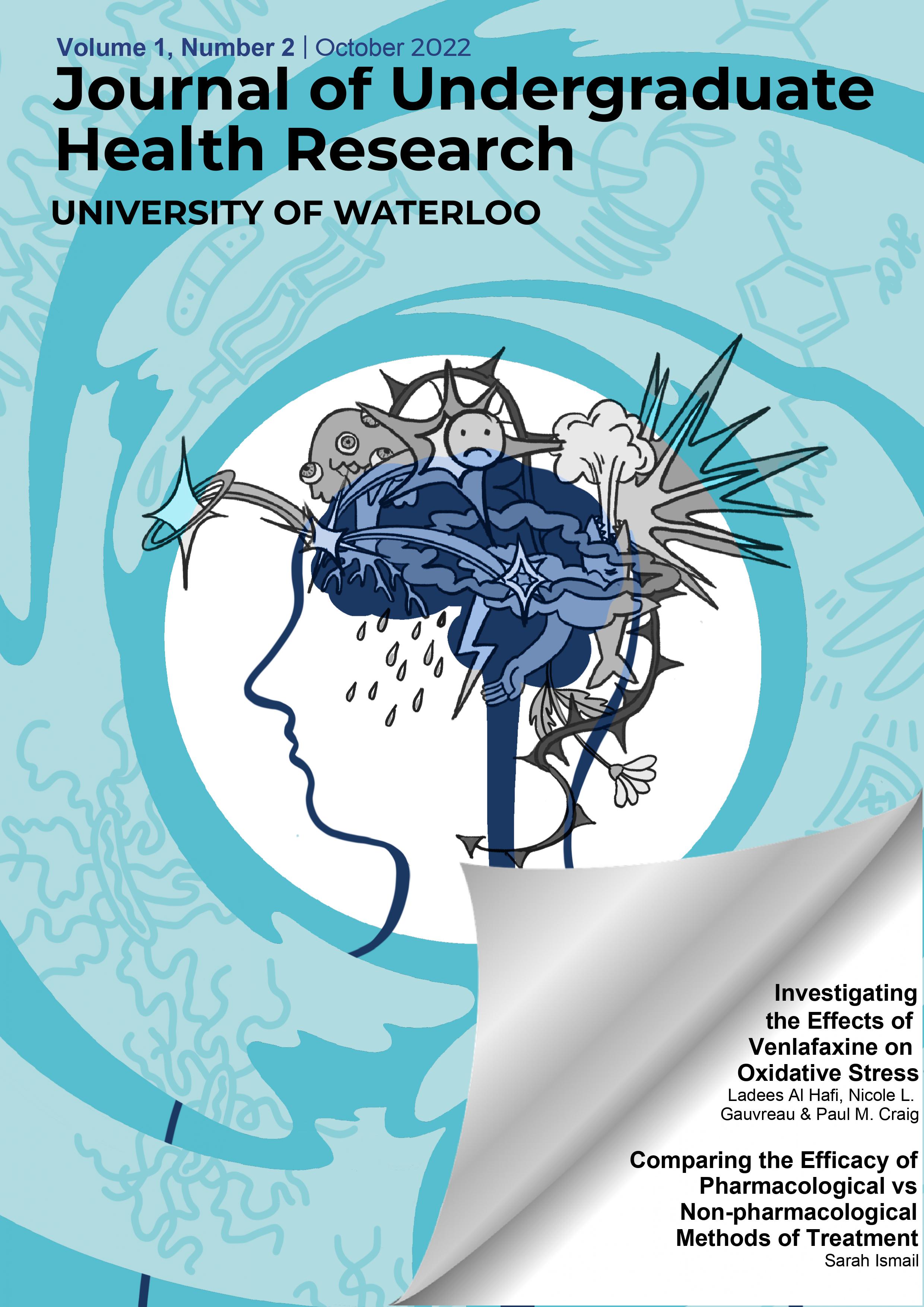 Vol. 1 No. 2 (2022): University of Waterloo Journal of Undergraduate Health Research

This work is licensed under a Creative Commons Attribution 4.0 International License.